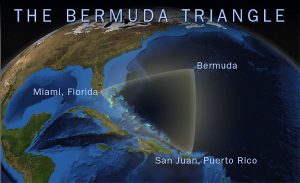 When you hear the phrase “under the sea”, you may be tempted to recite snatches of The Little Mermaid and jam with Sebastian the lobster.  Although loosely based on an underwater ocean city like Atlantis, the Disney fairytale is just that:  a fairytale. However, the actual city of Atlantis may not just be a legend. The world is filled with unsolved mysteries, despite our great achievements and knowledge of science and sense, we remain ignorant to many things around us. The ocean seems like an alien land to us, hiding many myths and legends in plain sight. Lost cities, hidden treasures, and shipwrecks are all part of the allure of our ocean, but the tale of the lost city of Atlantis truly tops that list.

“The Lost City of Atlantis,” a world-renowned legend of a utopian society gone astray, their entire civilization-ending up underwater, lost forever. The legend of Atlantis is a story about a spiritual, moral people who created a lightly advanced utopia-like civilization. But they became wrought with greed, and ‘morally bankrupt.’ The gods then became angry with Atlantis and her inhabitants due to the fact that the ‘people had lost their way and turned to immoral pursuits.’

A Legend of Love…

Legend says that Atlantis, first mentioned by Plato some 2,300 years ago, was a city built by the ocean god Poseidon about 9,000 years ago. This was a city of love, built for a mortal woman named Cleito. He created this city for her on top of one of the tallest and most isolated islands to protect her. According to the tale, Poseidon found the island filled with the most beautiful and intelligent humans he had ever met and decided that the island was perfect for his one true love.

The fertile and gorgeous city of Atlantis, where demi-gods and human beings intermingled, is believed to have been a completely self-sufficient island paradise. Residents grew their own food and raised their own livestock. They also built architecturally advanced buildings out of rare metals and allows, used crystals for leisure, and had a plethora of free time. It’s even said they used to play with volcanoes!

Plato’s commentary of the size of the great Atlantis…

“For the ocean there was at that time navigable; for in front of the mouth which you Greeks call, as you say, ‘the pillars of Heracles,’ there lay an island which was larger than Libya and Asia together; and it was possible for the travelers of that time to cross from it to the other islands, and from the islands to the whole of the continent over against them which encompasses that veritable ocean.”

A City of Alien Origins

Some stories also claim extraterrestrial connection, and that the lost inhabitants of the city were of alien origin and arrived there some 50,000 years ago from the Lyrian star system. They were taller and fairer than today’s average human being, with a lifespan of up to 800 years, making them a very robust and strong race.

While many still do consider the lost city of Atlantis nothing more than a legend, there are theories that suggest the fable is actually based on real events. Ocean explorer Robert Ballars finds logic in the story as it has similarities with a massive historic volcanic eruption near the island of Santorini in the Aegean Sea near Greece. Ballard stated that ‘a highly-advanced society lived there disappeared suddenly as happened with the Atlantis.’ Similarly, Congressman Ignatius Donnelly also confirms the existence and disappearance of a mid-Atlantic continent that was in the exact geographical location that Plato had mentioned years before.

So, is there truth behind this famous legend?

Is There Any Truth to Myth?

Modern scientists have stated that Atlantis is nothing but a legend, created by Plato to push his ‘agenda’ for a modern, utopian society. It is stated by Patrick Nunn, a geologist at the University of the Sunshine Coast, that Plato ‘observed what was going on and he used details from these observations to make his narrative about Atlantis sound more credible,” says Nunn. “But, I think, there’s no way that we could consider Atlantis as a particular place.’

Despite Nunn’s skepticism, he remains part of a growing band of geologists that have begun to take interest in similar myths of cities lost to the ocean. In 1966, scientist and author Dorothy Vitaliano coined a name for the discipline: geomythology. It is, she said, the science of ‘seeking to find the real geological event underlying a myth or legend to which it has given rise’.

Since Donnelly stated that Atlantis was in fact a real civilization, many ocean explorers have searched the depths for the sunken remains of the city. Groups have claimed to have found remains of man-made structures, concrete statues, you name it, and ocean explorer has found it and named it Atlantis. In an article from Live Science, it was stated that ‘it’s likely that Plato twisted together elements of different stories and myths he had heard, sculpting that source material into the likely fictional story of the society of Atlantis, the advanced, yet-corrupt society that the gods destroyed,’ Plato was not writing this down as a land surveyor’s report that people could follow 2,400 years later,” author and researcher Mark Adams stated. “He was using this to make a philosophical argument.” In another way, ‘People very often claim to have found Atlantis,” a classical archaeologist in England, who declined to be named, told Live Science. “But if they’d read the text, they would realize that it was a legend, not a place.’

But what if this city did in fact exist? What would be the repercussions of a mass ignoring of such an advanced society? Couldn’t we have a lot to learn from their mistakes? How greed, violence, and a lack of moral compass can completely destroy a civilization, no matter how advanced they may seem? It seems as if Atlantis was just a myth, Plato was trying to teach us something very important in the legend. That the utopian ideals that are ‘so out of reach’ are truly within our grasp, so long as we abandon our needless greed and anger, and reach out to the hands of love and acceptance.

Even though evidence of Atlantis has yet to be conclusively found, researchers and conspiracy theorists alike do not give up on its existence. Especially with hard evidence of other ancient cities having already been unearthed. For example, the city of Dwarka, India, which was said to be the hometown of Lord Krishna, a place believed to be just like Atlantis, nothing but an old wives tale. That is until the ruins of this ancient city were found 131 feet below the ocean, under the surface of modern-day Dwarka.

Or the pyramids of Yonaguni, Japan, that are filled with mystery. Experts argue as to whether these pyramids are man-made, or a naturally occurring structure. They were said to have been built around the last ice age, about 10,000 years ago. Things get even stranger when you realize they resemble the pyramids found in Mexico and Central America. No other underwater structures have been found in the area, either.

Many geological events can send these beautiful cities under the waves. Tsunamis, hurricanes, volcanoes… just because evidence has not been found yet for proof of Atlantis, does not mean that it never will be uncovered in the future. Perhaps it is just a legend, a myth to feed the senses, a great story to tell. But if there was an ancient civilization drowned by the ocean, what stories would they want to tell? What knowledge did they have? Are there spirits of Antediluvian beings in the waters near Greece? Maybe, if we look hard enough, we will find answers to all of these questions and more.