Building settlements and colonizing San Diego is no easy feat, regardless of the era. But way back in 1850, William Heath Davis attempted to do just that. By purchasing 160 acres of land, he was able to build a warehouse, construct a large wharf, and even lay out the city’s first streets. Davis was also able to import several houses to be used by colonists.

Initially referred to as “New Town”, Mr. Davis’ ambitious vision was soon met with fierce hostility from its surrounding settlements. The pushback proved too difficult to overcome, and Davis abandoned any further attempts to expand upon what he had previously established.

His work was not in vain, however, as a gentleman by the name of Alonzo Horton would soon follow in Davis’ footsteps. Seeing the potential in this quaint town, Horton added subdivisions in 1867; only this time, it was a success.

From there, New Town grew into the bustling city of what is today known as San Diego. Throughout all of the growth and transformation that this large city has seen over the years, one thing has remained a constant, and that is last remaining of the imported houses, the William Heath Davis House.

With such a historical journey behind it, the house is believed by many to be one of San Diego’s most haunted of places. But how did it get this way, and why? To answer those questions, let’s take a look at a little bit of the history surrounding the William Heath Davis House. 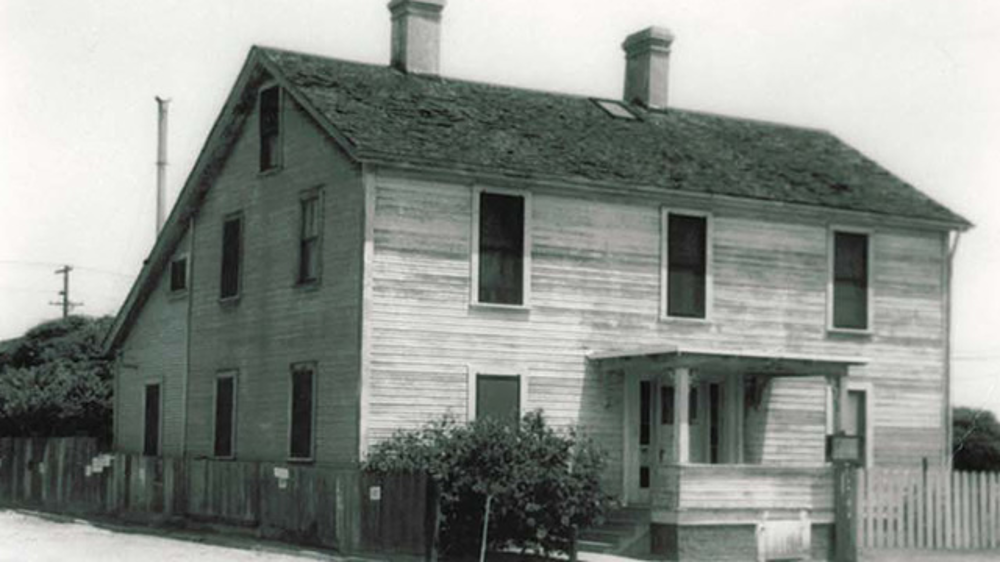 What Is the William Heath Davis House?

Now known as the Davis-Horton House, this wooden structure stands as the oldest in modern downtown San Diego. Built in 1850, the William Heath Davis House was just one of many similar homes littered throughout the area in Davis’ attempt to colonize San Diego.

To find so many wooden houses during San Diego’s infancy is rather interesting since there was little in the way of standing timber available along the western coast.

To combat this inconvenience, prefabricated boxes were shipped to San Diego from Portland, Maine. Called saltbox houses, they typically consist of a large wooden frame that has two stories on the front and one on the back. A lengthy pitched roof completes its construction.

After New Town started to boom and attract more outsiders, a woman by the name of Anna Scheper felt that it was high time the new settlement had its own hospital. And in 1873, it just so happened that the William Heath Davis House was available.

After working out an agreement with San Diego County, Anna was able to use the house as a hospital where each day she earned a dollar for every patient she saw.

Later History of the House

In the years to follow, the William Heath Davis House changed owners a few more times before becoming the museum that it is today. Interestingly, the home was lighted solely by gas all the way up to 1984, by which time electricity was finally installed.

Tours are now offered through the museum for visitors to get an inside look at what daily life was like in the initial years of the house being in service. Seeing as how the Davis House lived through so many different eras in its existence, every room is creatively set up to depict each period.

Tourists get the chance to see what is was like as a hospital, a private residence, and even prior to the Civil War when it functioned as an officer’s barracks. With so many contrasting times, it leaves little doubt as to why the Davis House is believed to be haunted.

Visited by thousands annually, stories have accumulated over the years that serve to tell a frightening tale. Read on to hear of the many strange encounters that have taken place within the William Heath Davis House.

Long before the home was believed to be haunted, many different people from all walks of life passed through its doors. One in particular is that of a German spy from World War II who used the house for a brief period of time.

Sightings of an apparition dressed in WWII garb have been reported on more than one occasion. His is that of an angry spirit, probably due to the fact that he was captured in the home and likely put to death for his betrayal.

Another ghostly encounter belongs to a female apparition dressed in Victorian-era clothing that predominately wanders around on the second floor. She is thought to be either the spirit of Alonzo’s wife, Sarah, or possibly one of the many patients from when the Davis House served as a hospital. Deaths from that time have been known to occur in the hospital due to a tetanus outbreak. 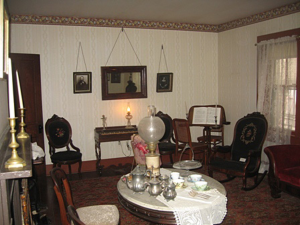 Others have maintained that they have heard a cat meowing throughout the museum, although no such animal is on the premises. Many times this has been reported, leading to speculation that one of the home’s previous residents owned a feline, which now haunts the museum. It is, however, said to be a playful spirit, never showing any signs of malice.

Employees have said that lights will come back on all by themselves, almost on a nightly basis. It is standard closing procedure to shut off all lighting before leaving. However, and almost without fail, those same lights will be on come morning. This was also reported by residents back when the house was lighted by gas.

Beyond that, it is commonly said that tourists feel an unsettling presence upon entering the museum, with cold spots peppered throughout its rooms. This could possibly be a result of the Lady in Black, who is thought to haunt the grounds. Her exact identity is unknown, but many feel that she is perhaps the victim of another case of disease that was considered untreatable during her lifetime.

With so many sightings accounted for, the William Heath Davis House has become quite the attraction for both ghost-hunters and the curious alike. Its popularity has even gained attention from the Biography Channel to feature the house in their series My Ghost Story.

The episode aired back in May of 2012 and it is said that they encountered the ghost of Lillian Davis, who was the daughter of William Heath Davis.

Other teams of ghost-hunters have used EVP recorders in an attempt to detect the paranormal, with many of them picking up non-human entities and sounds. One such occasion recorded the cat that was mentioned above. What’s most chilling about this one is that the room was dead silent while recording took place; the cat wasn’t heard until later playback of the equipment.

Eerily, similar recordings have picked up the voice of children in the kitchen area. Toys were brought along by the hunters to try to get the ghost children to respond and their efforts seemed to have worked. Playback resulted in hearing the words “gray” and “bear”.

When you take into account all of the colorful history that the William Heath Davis House has seen, it’s easy to see why it is considered one of San Diego’s most haunted dwellings. To have survived as long as it has is truly astonishing.

It is nice to see that the Davis House’s rich history has been preserved for future generations to learn. Drawing in thousands of new faces every year, its paranormal activities stand as a prime example as to what makes a place haunted.

By letting modern-day folk experience its past, the memories that helped make the museum what it is today will serve to provide countless stories to be told for years to come.